Welcome to The Best Pole Studio to Greater Vancouver

Tantra Fitness is the Premier Pole Dance and Fitness Studio in Greater Vancouver. We call ourselves The Best because we have award-winning instructors, the largest facilities, and a tried-tested-and-true pole fitness curriculum. Whether you have two left feet or if you are a dance diva, we have something exciting and engaging. We have four studios in Greater Vancouver with a variety of class options. From Pole Fitness, Dance Classes and Aerial Arts, there's something for you!

New to Tantra Fitness? New to Pole Fitness? You'll probably want to check out these sections of our site! 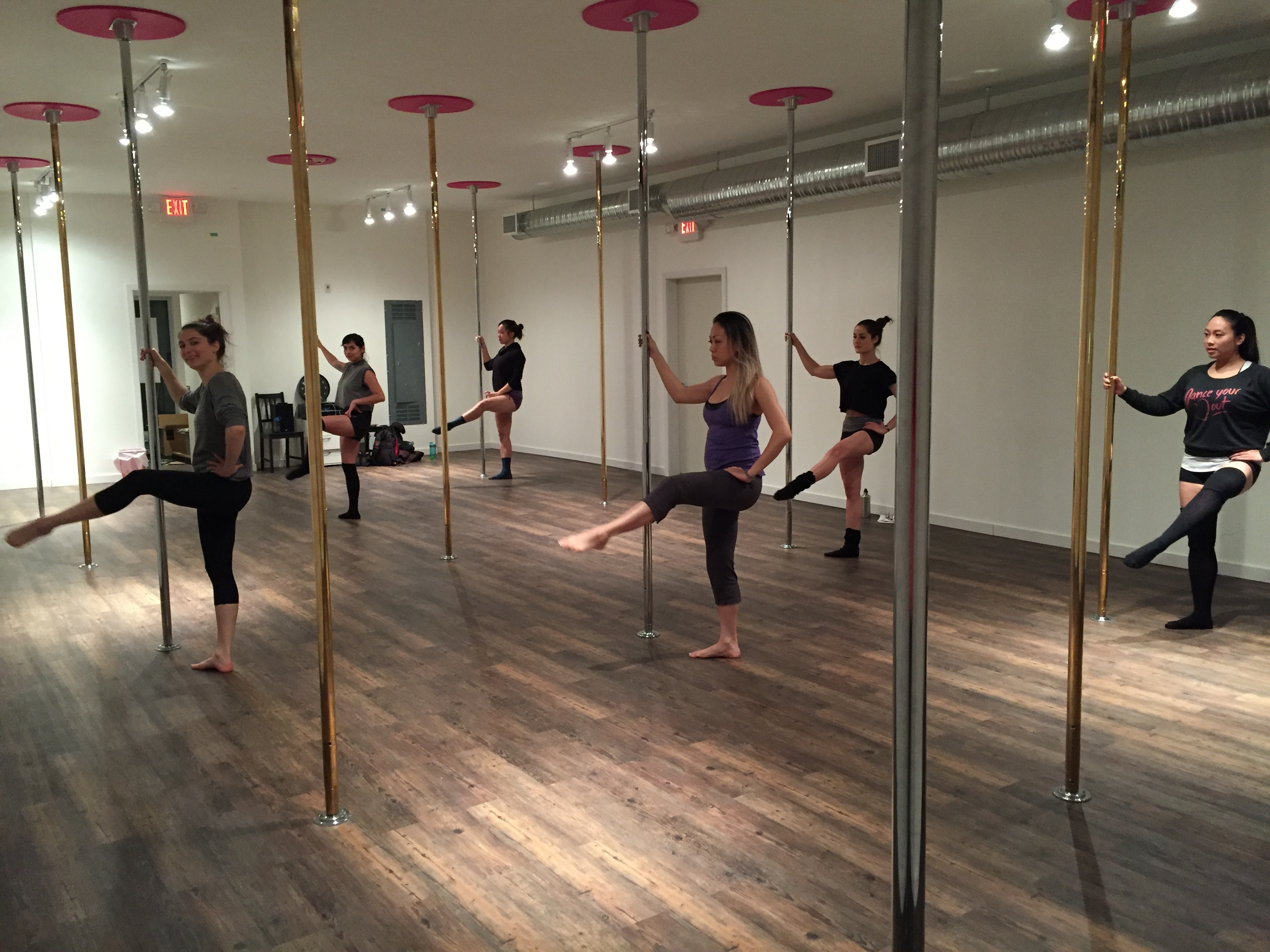 
Learn about all of the different types of classes that we offer. 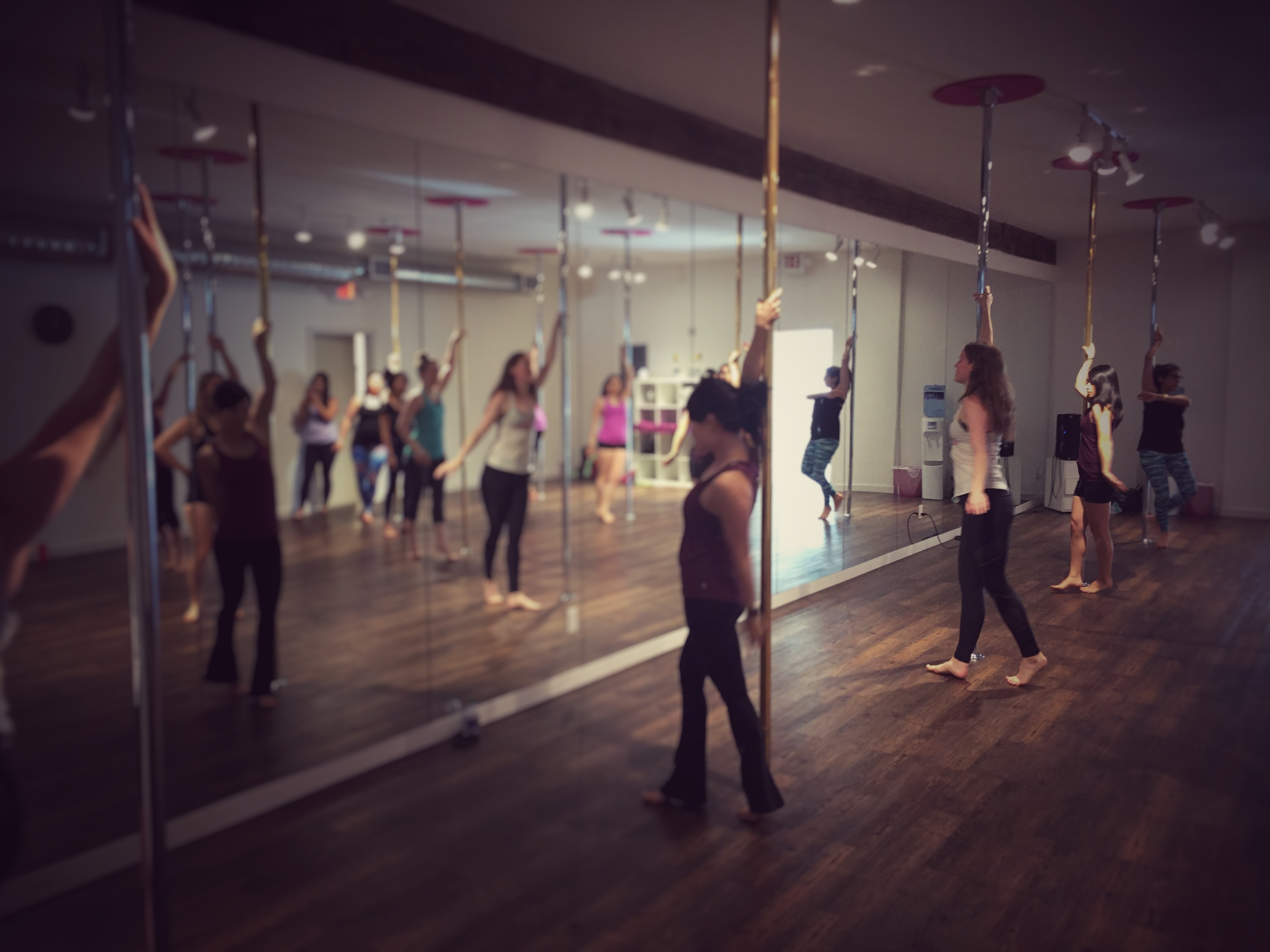 
Learn about our membership and drop in pricing.

Tantra Fitness was founded in 2004 by Tammy. Tammy was a professional dancer for 11 years, and when she reached her “best before date” she decided to take a year off to see what she wanted to do with her life.

Going from dancing 6 days a week to nothing started to show on her body, so she reluctantly started going to the gym. It didn’t seem to being doing much so she started to jog 5 days a week while going to the gym and watching her diet. While it helped, nothing compared to when she was dancing. Tammy then decided to get a pole and start dancing at home to get her dancer figure back. She heard that there were some pole classes happening in Los Angeles and they were becoming popular. It seemed only a natural fit that she take her experience, get a formal fitness education and open a studio. Thus became the first Tantra Fitness which opened in Vancouver near Granville Island in January 2004, making it the first pole dancing fitness studio in the city. 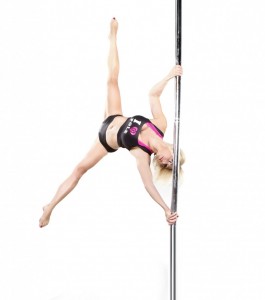 Within 6 months Tantra had grown out of that space and expanded to Cook Street in the famous Olympic Village. That same year, Tammy started teaching at UBC’s AMS Minischool. Tantra Fitness started with Pole Dancing and Cardio Striptease programs only and has now expanded to offer everything from Lyrical Pole and Polefit to Silks, Aerial Hoop, and Aerial Yoga. We offer the best pole dance and lap dance parties for stagettes, bachelorettes, birthdays, and corporate events. We are also affiliated with lululemon athletica, where Tammy is an Alumni Ambassador representing the Robson Street community.

In September 2011, Tantra Fitness underwent renovations to create a larger (and pinker!) space offering more floor area, a changing area and 15 poles. Then in 2014, Tantra Fitness relocated to the ever-popular Gastown District in Downtown Vancouver. The Gastown location opened our services up even more for Skytrain, West Coast Express, and Sea Bus commuters in the Greater Vancouver Area including: Burnaby, Richmond, Surrey, North Vancouver, Coquitlam, and New Westminster. Then, on October 19th, 2014, Tantra Fitness opened up it's 2nd location in Richmond.

Tammy and Randi plan to continue changing and growing Tantra Fitness as The Best Pole Studio Studio in Greater Vancouver, offering pole fitness, dance fitness, aerial yoga, and circus arts. We hope you enjoying being a part of the Tantra Fitness family as much as we do!

At Tantra Fitness our mission is to create an open space for women to be playful and courageous while discovering their inner beauty through fitness and dance.